Testament and Exodus, two bands who were a key part of the Bay Area Thrash scene when it began invaded London’s O2 Forum in Kentish Town on Friday 6th March, and they brought the big guns with them.

Exodus came right out of the gate with a strong number of songs. “Body Harvest,” and “Blood In, Blood Out,” got the crowd suitably pumped up, and rearing to go.

“And Then There Were None,” and “Fabulous Disaster,” continued the flow of mosh pits and crowd surfing. As things got heated up during the set, you could tell the band and the crowd were feeding off of one another, purely brimming with energy. There were a few times where it seemed as if the band and the crowd had become one, and of course Gary Holt’s guitar antics were a highlight.

Finishing off with “The Toxic Waltz,” and “Strike Of The Beast,” was the right move and really let the crowd know what they’d just witnessed.

Then came the big guns.

Testament a band who started off as Legacy in 1983, and have experienced some interesting times throughout their career and are currently preparing for a new album to be released next month, stepped onto the stage to a roar from the crowd. Their opening salvo “Eerie Inhabitants,” “The New Order,” and “The Haunting,” was phenomenal, and got the crowd going and turned the sound up to a hundred. Some of the sound issues that had been there for Exodus had thankfully cleared themselves up for Testament.

Testament  rewarded the audience for that with a furious rendition of “The Preacher,” followed by some songs from their last but one album “Dark Roots Of The Earth,” which won over some of the older fans.

Then came a surprise, a new song off the new album entitled “Children Of The Next Level,” got a debut, and boy was it an anthemic song. One that is sure to get people going as it becomes more well known.

“Into The Pit,” brought the expected circle pit, before the band finished with “Practice,” “Over The Wall,” and “Disciples Of The Watch,” to see off what had been a fantastic evening all round.

If you get the chance, do yourselves a favour and go and see this! 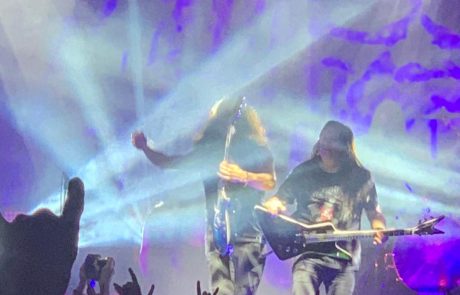 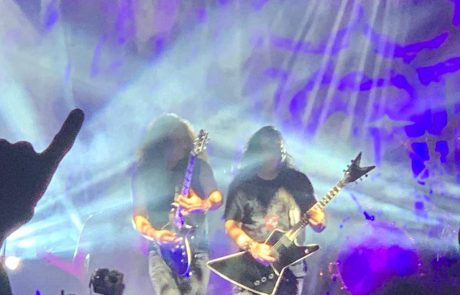 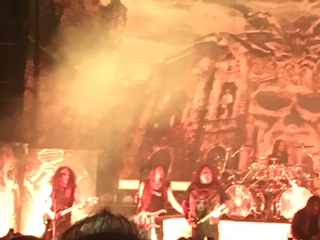 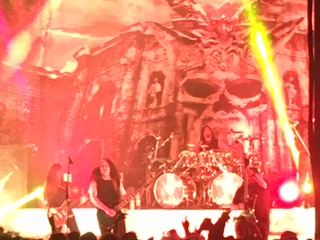 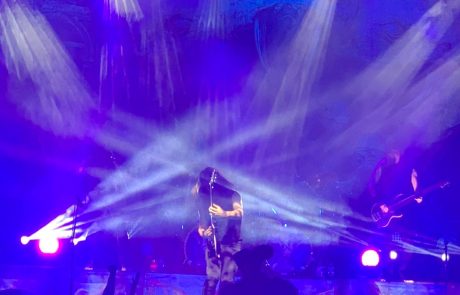 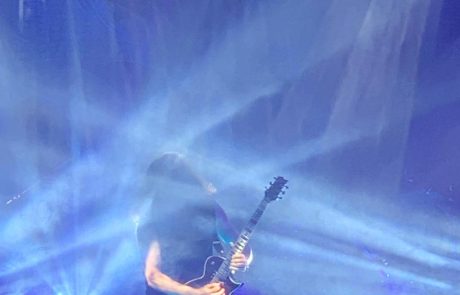