Venue Sound
Crowd Participation
Pulse
Band Energy
In which The Elder Man reviews  Steel Panther putting on a mighty show:
I love that Steel Panther even exists as a band.
Being 12 years old seeing Poison’s “Unskinny Bop”, Skid Row’s “18 and life” or Mötley Crue’s “Girls, Girls, Girls” on MTV2 or Kerrang and dreaming about what it would be like to be on stage, owning it and playing to your adoring public. As you get older you become aware of just how over the top and ridiculous the 1980s glam metal / hair spray rock scene was, in like the best possible way. It becomes your ultimate guilty pleasure.

Steel Panther takes both sides of the above and blend it to form fantastically catchy hooks laced with lyrical genius and hilarity. And an amazing live performance. Steel Panther is good on record, but dude you have to see the band live to fully appreciate what’s going on.

From the on-stage banter with each other and the audience, the energy and precision with which the guys put into their performance – Steel Panther live is just an incredibly satisfying experience.

I’d previously seen Steel Panther only in a festival setting and was looking forward to seeing how the show would translate at a smaller venue. It didn’t disappoint.There was a good balance between classics from the back catalogue and more recent efforts. The opening song was “Eyes of a Panther,” which is my favourite from the the first album.

There was the classic mid-set slow down, which in addition to “I Ain’t Buying What You’re Selling,” featured a girl from the crowd being serenaded by each member of the band before hoping on a Weenie Ride.

The octane was raised again when the band invited more members of the audience (female, obviously) up on stage to join them for “Party All Day,”
and “17 Girls,” (which must have the sweetest pinched harmonics in any opening guitar riff). The night was ended with a great rendition of Death To All But Metal, and their adoring public left Brixton Academy sated and amazed. 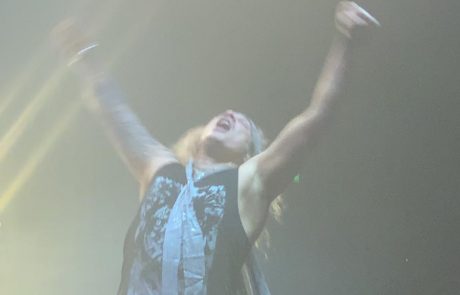 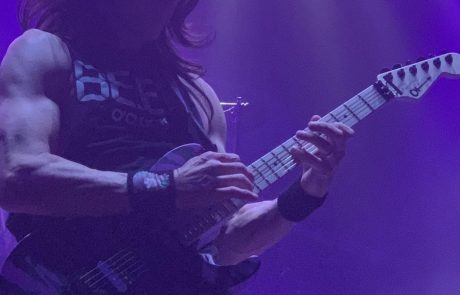 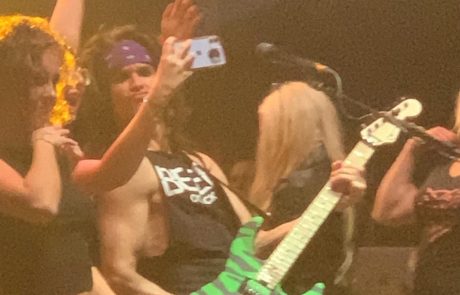 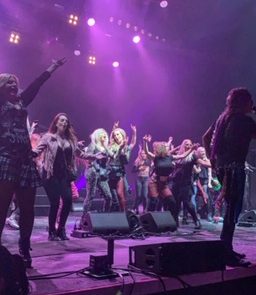 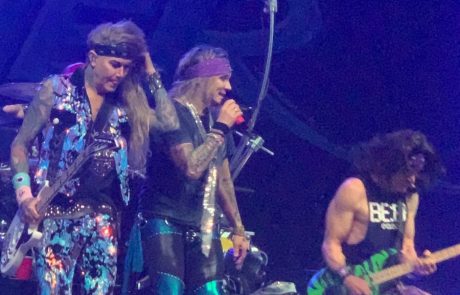 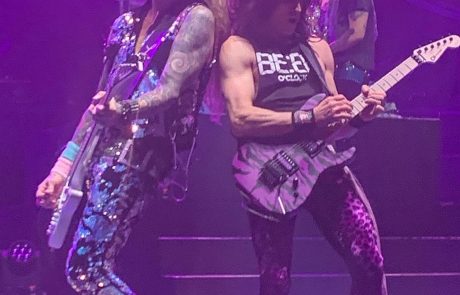 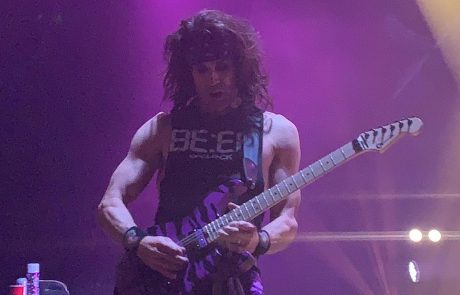