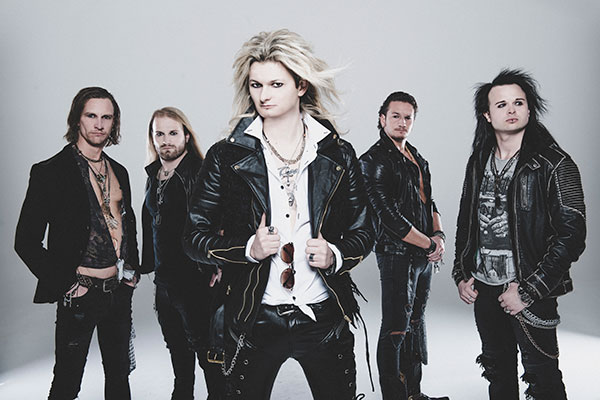 I had the pleasure of sitting down with Andi from Kissin’ Dynamite before their gig with Powerwolf and Amaranthe at the Koko in London.

“We looked for that special thing, we went back to our roots, we weren’t influenced by too many modern things as we might have been on previous records. We kept it rock and roll, and we produced something special.”

2. How have the songs from the new album been received live?

“We’ve been performing four songs from the new record, and four old ones on this current tour. They’ve been getting a really good reception. I’ve Got The Fire has definitely gone down well as an intro. It’s been a lot of fun.”

3. What’s your favourite song to play live/ off the new record?

“I’ve Got The Fire and Highlight.”

4. What are your plans for this current tour?

“So, the tour is coming to an end now, but we’re going to be sticking with what we’ve played before now. Then next spring we return on a headline tour, and we’ll be doing more songs.”