On Wednesday 6th December 2017, the masses converged on the O2 Academy, Islington, to watch three great bands give it everything they had.  It is often said that rock and metal music are not long left for this world, that the general public especially young people just aren’t interested. This gig proved why people who make such comments are uninformed, and should really venture into the realms to which they offer such free nonsense.

“Their riffage and their vocalist”

Dead Man’s Whiskey was the first band on stage, and they were the best openers I’ve ever seen. Performing balls to the wall heavy music, with bite, and snarling tooth grins, music that made the head move and the feet tap. Their riffage and their vocalist got the crowd going, and ensuring that everything was suitably warmed up. Some shredding solos ensured that they would be remembered forevermore, keep an eye out on these guys, they’re going places!

Next, to grace, the stage was Cairo Son. Hailing from London, by way of Germany and Egypt and Poland, they delivered a swelling of doom, ballsy rock and good time blues, that got people moving.  They benefitted from the crowd’s first taste of quality rock in Dead Man’s Whiskey. There was singing, headbanging and even the odd mosh pit as things continued.  The end of their set was met by demands for more, another band to keep an eye on.

“the vocalist stepped on”

The final band of the night were the band that for me changed everything. I was thirteen the first time I heard Am I Evil on a terrible speaker somewhere in Dundee, Scotland, and I never forgot it. Diamond Head have influenced countless bands and musicians over the years, most prominently Metallica. For me, getting to see them was a dream come true, there was a sense of anticipation as their crew moved gear around and set things up, then their intro music came on. As soon as Ras, the vocalist stepped on, the crowd went wild. Starting with Shout At The Devil, and finishing with Sucking My Love, Diamond Head delivered punch after punch. They got mosh pits going for Helpless, Its Electric, The Prince and Shoot Out The Lights.  They showed why they are rightly considered one of the greatest bands to ever come out of Britain. When Am I Evil started, the crowd lost its collective mind. Singing, mosh pits, headbanging, all of it was around and plentiful.

A great night of metal, and one that will never be forgotten in my mind. Brilliant, and showing that metal and rock is alive and well, kicking and screaming, teeth bared, snarl firmly in place. Just as it should be. 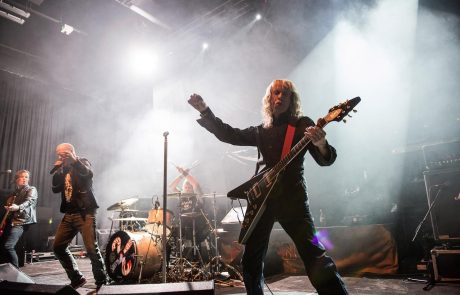 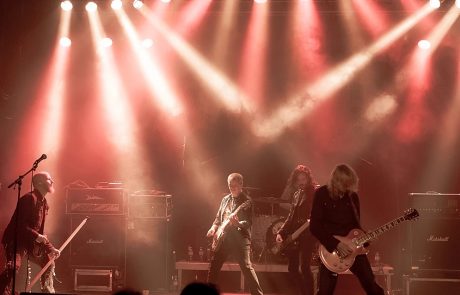 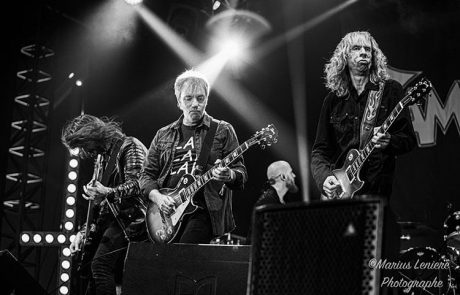